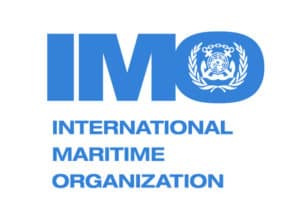 The role of Inmarsat as the sole provider of satellite technology performing to Global Maritime Distress and Safety System (GMDSS) standards is set for advancement, after an International Maritime Organization (IMO) Sub Committee decided to greenlight consideration of both FleetBroadband and Fleet One for formal approval. To date, Inmarsat is the only company which has received approval from the IMO to provide the GMDSS data and messaging communications on which mariners rely in the last resort, currently via Inmarsat C and Fleet 77 services.

IMO delegates tasked with modernising GMDSS at a Navigation, Communications and Search and Rescue (NCSR) Sub-Committee meeting in March, agreed that FleetBroadband should undergo the necessary and technical assessment by IMSO (International Mobile Satellite Organization), with a report provided for consideration by the next NCSR in 2018.

According to an assessment offered by the IMO’s UK delegation, FleetBroadband has achieved availability surpassing the 99.9 per cent required for GMDSS by IMO in every year since January 2010. Operating on L-band via the Inmarsat fleet of four I-4 satellites, Inmarsat FleetBroadband terminals are equipped with the same GMDSS functionality as Inmarsat C. Today, around 160,000 Inmarsat C terminals are installed on ships operating worldwide. “Given that most of FleetBroadband’s components already meet IMO performance standards, the service is on course for a formal approval, and this is very much in line with the agreed timetable for the modernisation of GMDSS,” said Peter Broadhurst, Inmarsat Maritime Senior Vice President, Safety and Security.