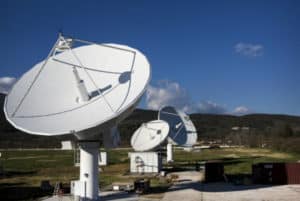 Navarino had the pleasure of hosting several of our customers on a visit to the Inmarsat ground station at Nemea. These Global Xpress gateways ensure highest the levels of availability, and each GX satellite is served by two fully redundant ground stations to ensure the highest levels of network reliability.

We were taken on a tour of the facility, and were given presentations by Inmarsat explaining how the Global Xpress system is served via these enormous antennas. We would like to thank the staff who made the trip so interesting and a big thank you to all our customers who joined us for the day!