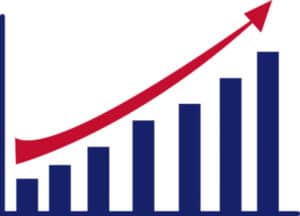 Navarino is proud to announce that it activated the most Fleet Xpress units in the first and second quarter of 2017. After a very busy first six months of the year, Navarino was declared by Inmarsat as the Fleet Xpress Value Added Reseller (VAR) with the highest number of active FX units. A record number of Navarino customers have signed up to Fleet Xpress since launch and as a result of these efforts, Inmarsat awarded Navarino with a special prize to celebrate the accomplishment.

Navarino staff were invited to join Inmarsat and a team of  professional crew aboard a Clipper 70 yacht in Portsmouth Harbour to take part in the exhilarating Sailor’s Society Clipper Challenge Regatta. In a beautiful setting on the Solent, our staff were given training on sailing these magnificent yachts which accommodate up to 12 people plus a professional crew.

After three races against four other clippers, it was back to Portsmouth for a drinks reception in the sunshine and a prize-giving dinner.

Navarino commercial director, Mr Konstantinos Katsoulis said ‘We are absolutely delighted to have achieved such strong growth in our Fleet Xpress sales this year. In fact, Navarino is ahead by a large margin, with twice as many activations as the second placed FX distributor. I would like to thank Inmarsat for recognizing our efforts that put us in first place, but most of all I would like to thank all our Fleet Xpress customers who put their faith in Navarino for rolling out this new high bandwidth service. I look forward to more strong FX sales for the rest of the year.’