The age of new satellites 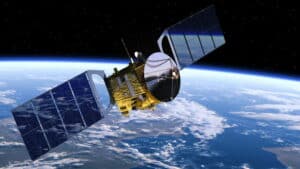 2020 saw friends and families gathered outside, avidly watching above for the white streaks of newly launched satellites to take over the night sky. By the end of 2020, however, thousands of these new satellites were launched. SpaceX, for example, have launched more than 60 thus far, with the intention of reaching 12,000 by the end of 2021 as part of its Starlink satellite project. 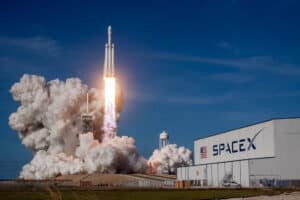 SpaceX aren’t the only one. Amazon are launching their Kuiper Satellite Constellation project which will comprise of 3,236 satellites in total, costing around $10 billion. They’ve been given 9 years to complete the project. Differently, Apple have been much more covert about their satellite operations; whilst not disclosing their satellite project, they have employed more than a dozen engineers from the satellite, aerospace, and antenna design industries, with project results expected within the next 5 years. Moreover, Google have invested $1 billion into launching a fleet of 180 satellites, expanding beyond their infamous ‘Project Loon’ as well as their investment in Titan Aerospace; a company providing internet through solar-powered drones. Additionally, Facebook are also considering the prospect, naming their potential low-earth orbit satellite project ‘Athena’.

But why are so many of these big conglomerates investing in satellites? The simple answer is that they are necessary for our future. In 2019, the number of internet users globally was 4.13 billion, up from 3.92 billion the previous year. This number is steadily yet rapidly rising, and our satellites (which are on average 8.9 years old) need an update. The modernisation of under-developed / developing countries who now have access to electricity, providing them with the opportunity to use computers, smartphones, and other electronic devices, means that internet users are increasing, especially in countries such as china which has only 25 -50% of its population online (yet making up a quarter of the world’s internet users). Moreover, social networking is one of the most popular online activities and Facebook is the most popular online network based on usage. In 2018, there were 2.2 billion monthly Facebook users, which accounts for almost half of internet users worldwide. 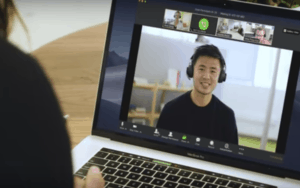 The world is also seeing another drastic change. The Covid-19 pandemic had caused a surge in the downloading of video conferencing applications. Google’s Hangouts Meet saw 30 times more weekly level of downloads compared to the last quarter of 2019. This is also affecting internet traffic, with the OECD reporting broadband traffic increases of up to 60%. This won’t be a temporary change either, with aspects such as teleconferencing and e-learning expected to continue after the pandemic is over. Thus, these large conglomerates, such as Facebook, Amazon, and Google, need to invest in satellite technology to ensure that their services can continue to flourish in an age with exponentially increasing internet usage.

The satellites themselves serve the purpose of offering more, or better, coverage. SpaceX, for example, aimed to provide near-continuous internet service to the United States and Canada by the end of 2020, and globally in 2021, whilst Amazon want to offer better connectivity to their 197 million users. However, there are points of contest for these great feats, beyond the already mounting scepticism towards the big 4 (Apple, Facebook, Amazon, and Google) and the power they already have. Whilst there are 2,000 active satellites orbiting the Earth, there are over 500,000 pieces of tracked debris larger than the size of a marble, and an estimated 128 million+ pieces of debris that are too small to be tracked. Debris can travel up to 17,500 mph and can have a significant impact on satellites and spacecraft by causing damage. NASA reports than even tiny paint flecks have caused the need for space shuttle windows to be replaced. 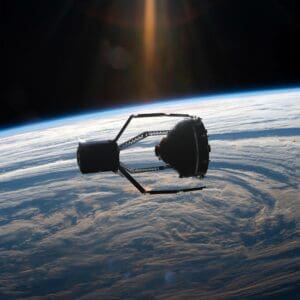 So, despite the need for a huge environmental clean-up down here on Earth, there is now a need for this in space. The European Space Agency had commissioned the world’s first space debris removal in 2019, with ClearSpace-1 the first space mission to remove debris from orbit, set for launch in 2025. Whilst it is good overall down here on earth for improving connectivity or introducing connectivity to new communities – which in itself holds a whole host of benefits from better healthcare, education, jobs, and so forth, companies must consider the impact this will have beyond our planet; the potential for collision and the resulting debris which will cause multitudinous problems particularly for future expeditions.