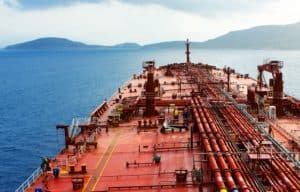 Thenamaris Ships Management Inc. is a global ship manager of high specification modern ocean-going vessels. Based in Greece, the company has chosen Navarino to begin a fleet-wide rollout of Fleet Xpress in order to take advantage of the new options for business and crew communication that the new high speed, fixed fee service offers.

‘We currently have Fleet Broadband with Iridium back up on all our vessels. When we heard about the capabilities of Fleet Xpress and saw that it was commercially available we were immediately interested in what new capabilities it could bring to our managed vessels and in evaluating the service,’ said Mr George Tsivgoulis, Electrical Supervisor at Thenamaris. ‘We considered both Ku and Ka bands so we carried out a pilot trial of each band on some of our vessels. The results of this trial showed that Ka band outperformed Ku band- the FX service is extremely robust and weather conditions were not really a factor, which is something that  could have played a role due to the increased rain fade at higher frequencies such as those utilized by FX. In addition the other great advantage that Fleet Xpress Ka Band has is that the backup usage over the FleetBroadband is unlimited and it is included in the monthly fee. These factors, combined with the attractive commercial packages that Inmarsat introduced for Ka band meant that for us, the choice to go for Fleet Xpress was straightforward. Furthermore, we have a very solid relationship with Navarino and we know they are capable of undertaking large projects such as this, we look forward to rolling out the service with them across the entire managed fleet.’

Thenamaris have chosen two Fleet Xpress speed packages for their managed fleet, the 1024/512 MBps MIR/CIR plan for their managed bulkers and tankers, and the faster 2048/1024 MBps MIR/CIR plan for their LNGs. Depending on the usage patterns seen on board they will select which plan will be most suitable for each vessel. Andreas Dimitriadis, Navarino’s Director of Strategic Relations, said ‘Thenamaris is one of the world’s leading ship management companies and we are very proud to have been chosen to help them bring Fleet Xpress to their managed fleet. Fleet Xpress is continuing to impress us all with its high speeds and the new capabilities that speed brings to modern shipping companies. We are excited to begin implementing this project in conjunction with them and look forward to building an even stronger relationship with Thenamaris.’