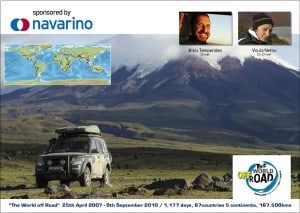 r 1130 days in 65 countries and 5 continents with more than 160.000 kms covered, Akis and Voula reached the point of return. On 26/07/2010 in Buenos Aires they embarked on a Grimaldi Lines vessel, destination Dakar. After three weeks they arrived in Senegal. Once again they chose the hard way for their return to Europe by following the course of the Dakar Rally.

After Senegal they crossed Mauritania, Morocco, Spain, France and Italy. They arrived in Greece on September, 7th with final destination Thessaloniki. After more than two years of wandering the world Akis and Voula stopped at Greece. They were both touched and had no words to describe their feelings. They didn’t go directly to their final destination, but spent two more days on the roads of Greece. The first day they visited Dodona, Ioannina and Papigko. The second day they followed “Egnatia Odos” for a stop in Metsovo and then Kozani, Elassona and Katerini. They spent their last night only a few kilometers from home on Olympos mountain. The next morning they arrived in their final stop. Their arrival was met with many tears, joy and lots of hugs.

Navarino would like to thank Akis & Voula for sharing all these valuable moments and unforgettable experiences. The couple shared some unique experiences such as walking the Grand Canyon, canoeing in Virginia, watching NASCAR, a base-ball game in Missouri, American football in Hous-ton and authentic Rodeo in Texas. Throughout the trip they used Inmarsat satellite communication equipment from Navarino to update their blog and stay in touch with the world. 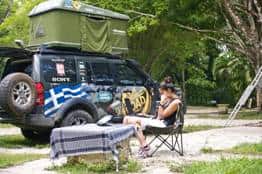 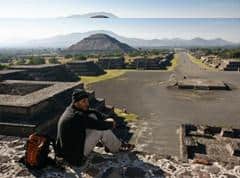