Would a Google Ship be beta? 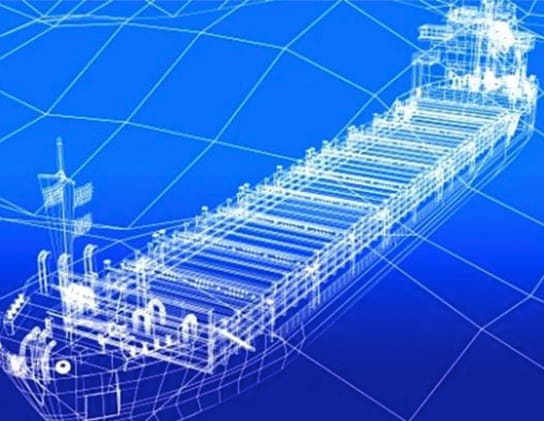 Will shipping ever catch up with its automotive and airline counterparts interms of harnessing information technology?

Shipping is years behind its automotive and airline cousins in harnessing information technology and urgent investment is required, especially as the pool of well qualified seafarers gets ever tighter, according to one of the industry’s most famous analysts. Dr Martin Stopford, president of Clarkson Research Services, goes so far as to suggest shipping needs to mirror the self-driving Google Car. “We are so old fashioned we don’t even realise just how far behind we are with the latest technology,” Stopford says. The lack of qualified crew is one of the most pressing issues facing the industry, he notes. You’ve got 58,000 deepsea ships, that’s 58,000 qualified chief engineers, it’s tough to get them today and there’s a feeling that in 10 years time you are on a real loser there,” he says. What he proposes is to look at how owners can “deskill” onboard jobs. “If you can lay your hands on some expertise it is much better to have it in the office and be doing the difficult, technical stuff from the office, not on the ship,” he says, noting that this is exactly what the car industry has done. “Take your BMW into the garage,” he says, “and they don’t get out a spanner, they plug it into the computer, download all the information and the computer tells them what circuit board to plug in.” Stopford hits out at owners for failing to invest properly in technical expertise.

“I think there is a lot to be done on the technical side in rebuilding the expertise which in 50 years of cutting costs most companies have taken out,” he says, pointing out just how few shipping firms have technical directors these days. As far as the navigation of the ship goes, Stopford says shipping should look at the advent of the Google Car, which has only had just two accidents and they were both when people were driving them. The 64 lasers on top of the car don’t make mistakes, he stresses. In a rallying call to owners, Stopford urges: “It’s time for a reappraisal about what our strategy is in shipping and time to think whether that $180bn of investments last year in new ships needs to be matched by perhaps a much smaller but significant investment in increasing the industry’s technical capability to use this great new revolution we have, information technology.”

Commenting on Stopford’s thoughts, Simon Doughty, ceo of Hong Kong’s Wallem Group, says any serious push for automation will come down to supply and demand and perhaps a unified shipping industry to tackle the innovation. For unmanned flight, much of the development has been due to innovations from the world’s defence forces investing in drone technology, Doughty notes. “There is a huge step from unmanned military aircraft, or perhaps commercial cargo planes, to passenger flights – how would you feel boarding a flight and knowing that nobody was upfront should it be required in the case of an emergency,” he says. The airplane and car industries have proven anything is possible, Doughty reckons, with a bit of pull from demand and creative thinkers leading the way. “Shipping can do the same in its own way,” he asserts. “Technology is an enabler. We should use it to enable a whole new way of moving goods by sea.”

Richard Sadler, ceo of British classification society, Lloyd’s Register, bemoans shipping’s conservative nature, which has, he agrees with Stopford, left it way behind other modes of transport. “If we can use autonomy with all the risks and uncertainties of taking a car around a town, then surely we can use the technology to drive ships,” Sadler says, adding, “Not necessarily to berth them, but certainly from outer buoy to outer buoy across the ocean.” Not everyone has jumped on the autonomous bandwagon however. Independent maritime communications commentator Neville Smith, for one, is less than convinced. “We read and hear so much about unmanned or autonomous ships that I think people are beginning to believe we will be seeing them very soon,” he says. “Even leaving aside the regulatory changes that would be required, the attitude of the industry’s major stakeholders suggests that this is an interesting piece of disruptive thinking rather than an imminent impact on the shipping industry.”

Advocates of autonomous vessels often cite the airline industry as the model to follow thanks to its impressive safety record, Smith observes. But it also provides sobering parallels of what happens when things go wrong. “As the complexity of computer- based safety systems grows, the real concern is whether the humans which operate them have the skills they need and an organizational structure that understands the implications for loss prevention, insurance and environmental protection,” Smith warns. One man well placed to comment on the issues raised by Stopford is Mika Vehviläinen, who prior to taking up his current role as president of Finnish equipment supplier Cargotec, was the head of Finnair. He admits shipping is well behind airlines. He does however see less and less need for seafarers onboard ships going forward. “The role of the crew in ships will be more focused on maintenance and monitoring of the operations,” he says.

The problem, according to Nicholas Fisher, ceo of Masterbulk, is that it is still possible to trade profitably with the minimum of technological advances, if any. Nevertheless, he is adamant unmanned ships are not a matter of if, but when. It won’t be for a while, argues Sergey Popravko, managing director of Unicom Management Services, at least two to three decades. “There would be so many issues that would need to be legislated before such a huge change such as legal, union issues, safety and security – an unmanned ship may well become an easy target for terrorists and pirates,” Popravko warns. Rahul Choudhuri from Veritas Petroleum Services is not convinced unmanned ships will happen in our lifetime or ever.

“Shipping economics tend to distort the deep value of seamanship knowledge,” he says, adding “Technology has numbed seafarers to believe that the ship can run on its own. This is a fallacy and significant non-compliance is a result.” Caroline Huot, managing director of lube supplier Unimarine is of a similar opinion pointing out that legislators have mandated Google Cars have a wheel and a brake, acknowledging the possible need for human intervention and initiative. Moreover, if there’s a problem with a Google Car, it simply parks on the side of the road and waits for assistance, something, she says, that will definitely not be the case in the middle of the ocean.